With a groundbreaking, critically acclaimed pedigree in bringing sponsor integrated short filmed stories online and then to mobile, we created the _CTREAMER platform to accommodate short filmed stories that allow advertising films and spots to fit in naturally as a complement and supplement to the editorial content. Unlike Scrolling, here the Videos Play one after another or the User has to Swipe up from the Player Area to move to the Next Video. This allows each Video to be Seen as a Stand Alone Unit.

Ads and spots can include 5 second to 3 minute long pieces that can play among the content pieces. For expanded storytelling, Ads can also be multiple pieces as one playlist on the Side A or Side B. Touch Lower Area of UI to Pause and see the text. Touch the Video Area while Paused to Link to the Relevant Online Page.

Video Aspect Ratios can include the Standard 16X9 Ratio, any aspect ratios available for Twitter, Instagram and 720x880 size. 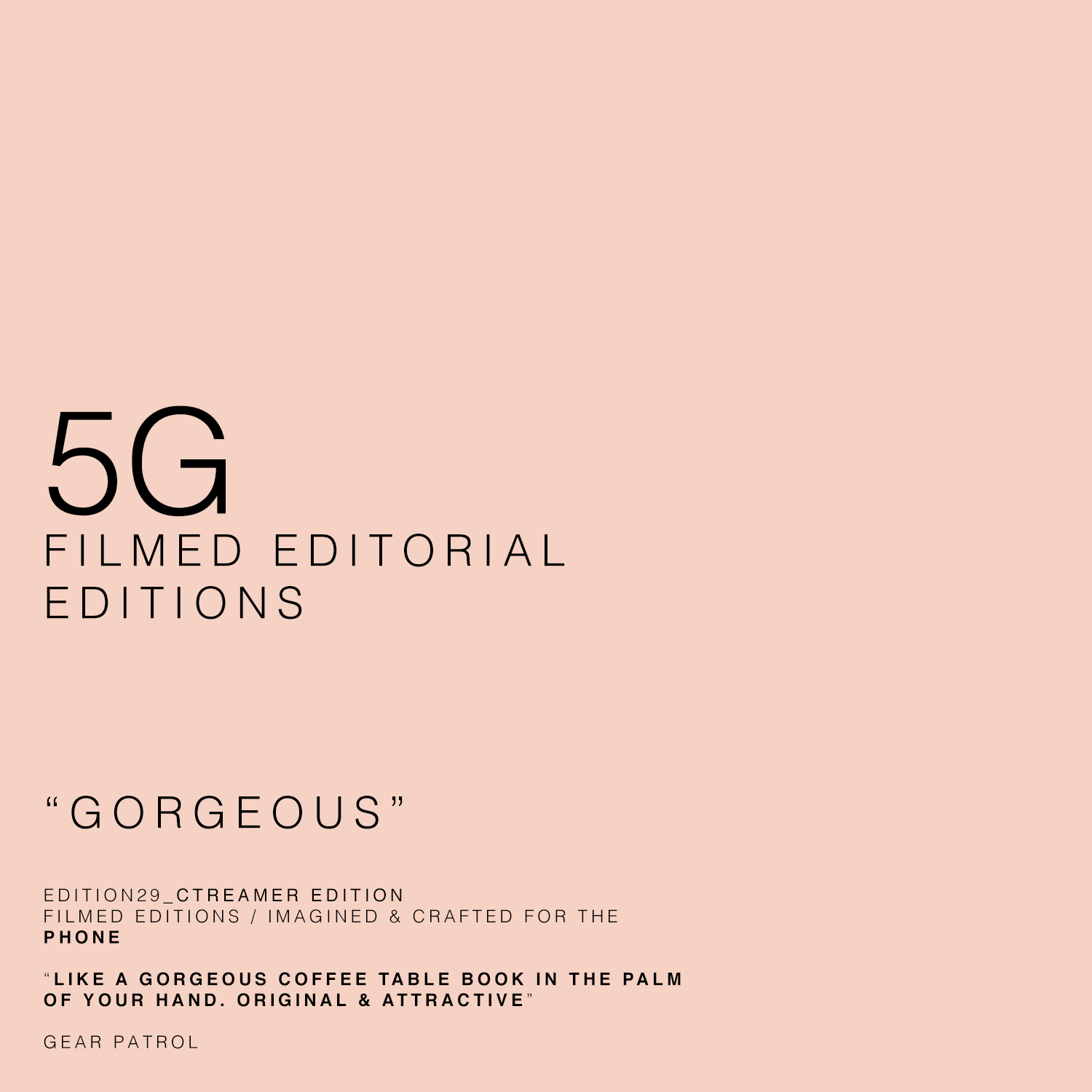 All video ads are served via the AWS Cloud. The Campaign Dashboard will be available online to the Client, with continuously updated Ad View Numbers and the corresponding Content Data, streaming from the CTREAMER database on AWS. In an Unprecedented offering. For Custom Campaigns, along with the periodic campaign reports, access will be granted to the raw data files on the CTREAMER Amazon AWS housed Database, facilitating a completely Transparent Audit of the Video Ads Served.

From the first Advertising App in the App Store in 2008, which was for Mercedes Benz and downloaded a record 500,000+ times, to the First MMA Award Winning iPad Media with Video Ads, we have been bringing Innovation in Ad & Content on the Latest Media Platforms.

BMW. GM EV1. Our first digital media placement. A BMW spot we placed on multiple new digital platforms including in our Short Film Network Online. The then BMW Ad Agency, Fallon recommended a trial and placed the spot via the BMW media agency. The content and spots we launched gave rise to short film advertising in the digital realm. The project as conceived and distributed, is still available for sale, distributed by Warner Bros. Critically Acclaimed Then. Still Amazing Now. The Video Codec we pioneered, is used today by Netflix and YouTube.

RAMPT SEARCH for multimedia, was the first search engine to find video, audio and multimedia content online. With RAMPT, we introduced the Key Word placement that allowed video spots to be placed alongside search terms. RAMPT Search financed by Time Warner and Intel was made available on the Netscape Browser Home Page as their official Broadband Search and won the first Cable Industry Online Award for the Key Word Search Placement technology.

Lord Of The Rings Trailer Breaks All Video Records. We took over the launching of the first Lord of The Rings Trailer from the one person online team at New Line Cinema. The trailer was to be housed on both Apple Servers and exclusively by us. We created a plethora of LOTR special content and distributed it to film and entertainment focused sites and on over a dozen of our online magazine spaces driving the awareness of the upcoming full screen High Bandwidth trailer. LOTR, became an instant success story online and drove what happened with the LOTR films and made digital marketing a mainstay with future film releases.

MOUNTAIN DEW. TOYOTA. Gravity Games Broadband Network. Conceived with NBC as the video portal for the GRAVITY GAMES that was to go against the ESPN XGames. We took over the ownership of the online version and co produced it with NBC. The $1 Million to $3 Million title sponsors included Mountain Dew for whom we created sponsor content to go along with the sporting videos. With over a dozen events streamed online, this became one of the first such large scale sponsored video editorial brands online. This portal was augmented by our exclusive licensing and publishing of over a dozen video sites for the top print magazines, including Surfer, Snowboarder and Skateboarder among others. The video content shot via these brands became the backbone to the first such personalized video network online, serving the 17 million readers of the print magazines.

VW. Paramount Pictures. Sony PSP. During the launch of the PSP. To reach the cutting edge gaming audience on the new stunning high resolution portable gaming machine that could also play high resolution videos. For VW, via their agency MediaCom and Paramount Pictures, we conceived and created an iTunes like software that allowed users to download and collect short video stories on the Sony PSP. It was highly publicized and became one of the few ways videos could be collected by the first set of PSP owners.

SaatchiLA / TOYOTA. Video Podcasting the Baja 1000 and the Taupo 1000 for the launch of Toyota FJ Cruiser and various Toyota Trucks. Never done before, highlighted by Apple as video podcasting examples in both their stores and on the front of iTunes, the campaigns featuring short segments from the race was downloaded in the millions. Saatchi/Toyota continued various video podcasting campaigns for over 8 years.

MERCEDES BENZ IPHONE APP. A companion project to a digital video media buy from us. We conceived, pitched, developed and launched the first sponsor branded app in the iPhone App Store. It was an app for Mercedes Benz. Downloaded a record breaking 500K+ times. This app showcased the 360 Mercedes Benz Videos created by agency Critical Mass and included several localized functions for the gps enabled mobile audience.

Apple showcased the 29GPS series of editorial apps on their iPhone TV Ad, these series of apps included the first App within App for Saatchi featuring a set of videos for a Toyota campaign. With plenty of traditional digital media to buy, the exercise here was to keep the brand on the cutting edge of the latest platforms.

New Yorker Magazine video app by us is released to the iPhone App store. First of its kind. Bridgestone placed their first mobile video ads on this app.

Apple iPad / Ford Lincoln / Team Detroit. First Gold National and Bronze Global MMA Smartie Awards for iPad native work on EDITION29 magazines for the iPad. For the launch of the Lincoln MKX, we intergrated the video music campaign featuring Beck as interactive content within stunning pages that move, with cinematic narrations and storytelling. We continued this iPad program with Lincoln for 3 years, featuring various Lincolkn campaigns over 6 iPad specific magazines. Never been done before, in new a new type of downloadable visual magazines.

Saatchi / TOYOTA Short Video Podcast Series on Racing as Video Feeds on over 12 platforms. Started with the 2014 Baja 1000, continued with the 2015 series on the trip to Chilean Volcanoes. Showcased on the front of Apple Podcasts, downloaded by the millions. We wanted to reach the offroad fans with collectible short pieces on any one of their multiple new platforms. With over 60% of the Automotive Video Podcasts Brands covering the Toyota Series, the Toyota Brand was omnipresent in the Apple Automotive Podcast Section.